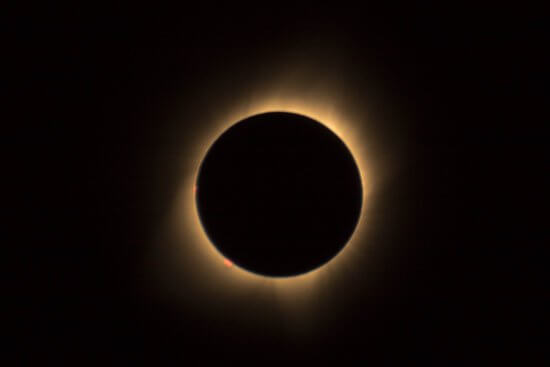 All geometric shapes emit waves that can be beneficial for the environment and for Man. That’s the theory of shape waves.

It is no coincidence that certain shapes have been favored by humanity, throughout time and space, since the beginning of time. So, among the most beneficial shapes, there are primarily: triangles, squares and circles.

A circle symbolizes perfection, purity, estheticism. Moreover, the fact that there is no beginning nor end, makes it the symbol of eternity and the divine.

Because of their universal symbolism, circles are used in architecture, art, religion or any form of spirituality, throughout the world. And they always have been.

The use of circles in nature

In other words: the infinitely small (the material world) reflects the Infinitely Large (the cosmos and the spiritual world)!

Equally, by understanding the meaning of the symbols that make up our environment, we can understand the mysteries hidden behind appearances and in the universe.

As regards circles, their symbolic and natural representations allow us to understand both how the universe works and how we work.

Among the mysteries of shapes in nature, the fact is that they often naturally adopt a perfect shape in their environment.

All you need to do is look up at the sky to admire the circular shape of so many stars and planets, beginning with the stars of the solar system, including the two most important ones: the Sun and the Moon.

Moreover, the revolutions or dances of the planets in the universe are described as ellipses, which are practically circles.

Circular shapes are also found in lots of flowers, in certain varieties of seaweed, in human cells, in crystal cells…

The use of circles in spirituality

Circles can also be found in the religious and spiritual world. The halos of saints are often depicted as circles, and the rose windows of cathedrals are often laid within circles.

According to most Asian beliefs, circles allow for symbols of unity, the cosmos, God or gods, to be represented…

We also talk about the Wheel of Life in lots of traditions to refer to human destiny, like for example, the Wheel of Samsara, which symbolizes the succession of existences in Hinduism and Buddhism.

Circles play a very important role in art, science and mathematics. That goes to show that this geometric shape plays a crucial role in our lives and environments.