Dowsing and Its Practical Applications 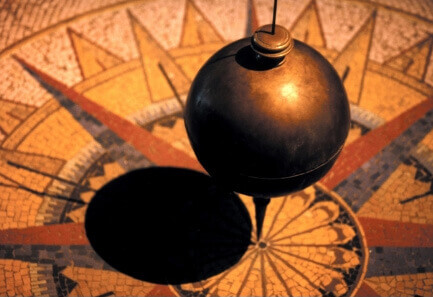 Dowsing has always been the subject of controversy. People long refused to believe that “invisible waves” could make a rod or a pendulum move. But far from disappearing over time, this practice has endured. Today, it continues to attract new disciples…

Dowsing is a discipline that has always been both criticized and respected, feared and admired.

In the beginning, it was limited to water witching (the search for ground water), with water diviners often being considered to be veritable “magicians.”

But little by little, the applications of dowsing started to expand. Today, it is used to locate a lost object, or the source of an illness, or even to see into the future (the divinatory use of dowsing).

Although people have engaged in dowsing for centuries, the practice has never achieved unanimity.

Some consider it to be a real science, while others mistrust it and classify it in the category of unexplained, paranormal phenomena.

Regardless of their form, all objects and all matter give off electromagnetic radiation, which is experts explain the phenomenon of dowsing. Rods and pendulums merely “capture the signals” of that radiation.

But it is difficult to provide scientific proof that is universally recognized. That being said, even the highly-respected French scientific magazine Science & Vie published a special issue in May 1963, entitled, “Yes, dowsing is real!”

Today, many experts are prepared to share their knowledge and teach you the basics of magnetism, bioenergetics, use of the pendulum (called “pendulum dowsing”), geobiology, magnetic waves and even dowsing therapy.

Don’t be fooled, though: not all of these practices are 100% reliable, and you will always want to verify the credibility of people who claim to be experts.

But the fact is that dowsing clearly has some practical utility, and you can get involved without necessarily having very advanced knowledge of the subject.

There are several types of dowsing, depending on the purpose.

The “divinatory” uses are the simplest, because all you need are a pendulum and a little focus to correctly formulate your question. Even if the answers you receive aren’t always precise (especially when starting out), this practice is still of interest, and you will undoubtedly improve over time.

When it comes to energy dowsing and “therapeutic” dowsing, however, you will want to proceed with caution. In this case, you absolutely must engage the services of an experienced dowser and, above all, you should not expect to see miraculous results appear immediately.

Dowsing is a practice that continues to amaze us, even if it is still criticized by some. Of course, it is surrounded by a great deal of mystery. But that doesn’t make it any less real.

Dr. Charles Richet (1913 Nobel Laureate in Medicine) once said, “Dowsing exists. What we must do now, is develop its possibilities.”