Jupiter, the planet of greatness 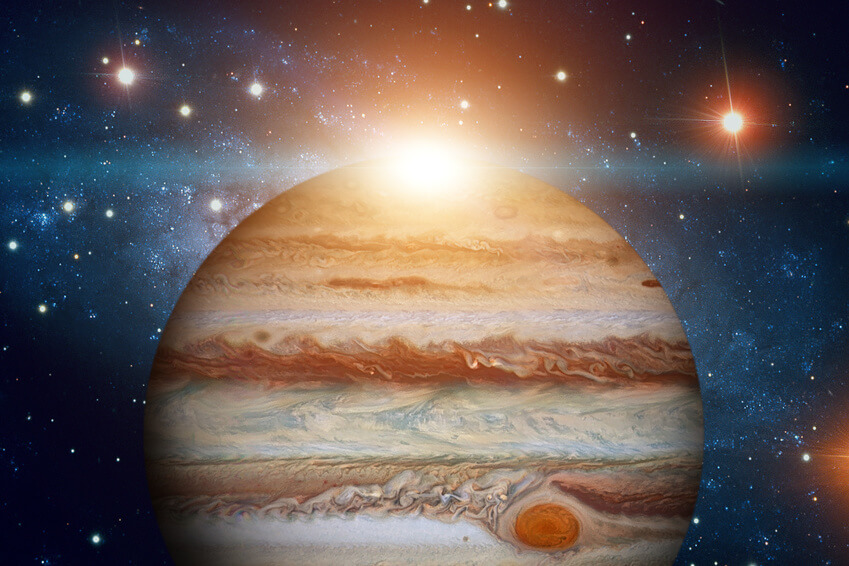 The planets making up our solar system exert an energy-giving influence. This has been known for a long time. Each planet influences the zodiac sign linked to it, but also other signs. Let’s see how the influence of Jupiter (the biggest planet) expresses itself.

Jupiter is the biggest planet in the solar system. Its size is 12 times that of the Earth’s. It rotates very slowly, more slowly than any other planet, but its influence is not any less powerful because of this.

From an astral point of view, Jupiter governs the house of personal evolution, goals and the surpassing of yourself.

Jupiter is dubbed “big brother” because it has a protective and benevolent influence but also because it symbolizes maturity and success through merit. In the destiny evolution of every one of us, it also corresponds to generosity, justice, abundance, and fulfillment.

Success as a fair reward

From a psychological perspective, Jupiter provides some positive energy of success and self-confidence.

It is predominant in the signs of Sagittarius and Pisces. Its influence makes itself felt – regardless of your zodiac sign – especially when you reach middle age (between 50 and 60 years old) because this period corresponds to fulfillment and success thanks to experience.

Those who are greatly influenced by Jupiter are charismatic, generous, constantly enthusiastic and often successful as politicians.

Public life is well suited to people who are influenced by this planet because it enables them to satisfy their tendency to like grandeur. In any case, if you have a “Jupiterian” personality, it will be hard for you to stay in the shadows…