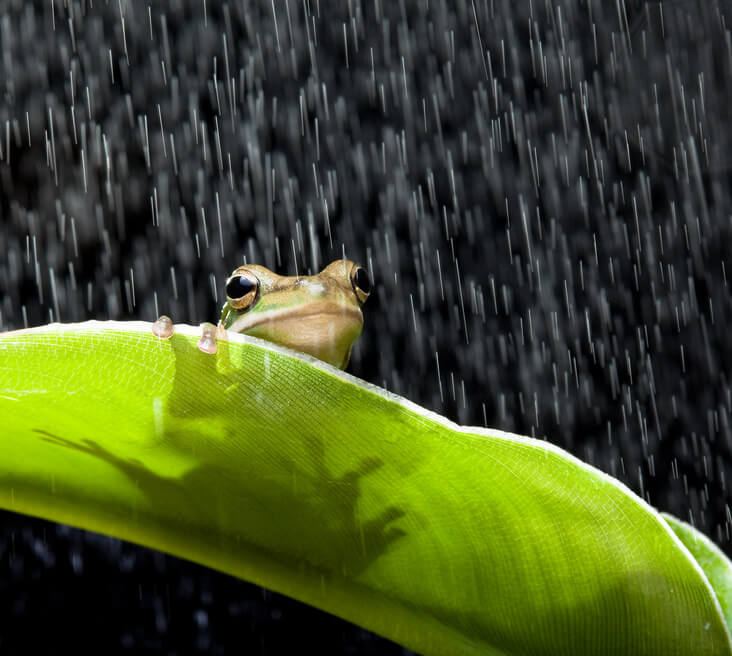 “It’s raining cats and dogs” is a popular expression meaning there are heavy downpours outside. But it also suggests another reality: that of REAL rain of animals – a phenomenon that has been noticed since the dawn of time, one that has now been authenticated.

Maybe not cats and dogs…

… but fish, frogs, and birds instead! And also snakes, toads, ducks, and even snails… Thousands of credible testimonials have been collected for centuries that attest to the existence of these strange rain of animals. Many contemporary cases have been scientifically verified.

But where do these animals come from?

Yes, where do these animals – which fall from the sky (some in their thousands) – come from?
In the Middle Ages, people viewed this as magic at work and often as a harbinger of catastrophes – especially if it rained toads, which were seen as the evil companions of witches.

Starting in the 19th century, these unique phenomena began to be scientifically looked into. The first serious studies were conducted in Wales, in the 1800s, after a rain of small fish took place in Mountain Ash.

Thousands of cases similar to what happened in Mountain Ash have been analyzed since then. Analyses unveiled that most of these phenomena occurred when violent storms swept across the areas concerned.
The conclusion that was drawn is the following: the animals falling from the sky had previously been sucked up by waterspouts or tornadoes before being projected after the wind had weakened. Today, it is the most common explanation.

An admittedly attractive assumption, but…

… one that does not explain everything…

Yes indeed, it does not explain everything! How could the following be justified:

As you can see, although these rains of animals can be explained in many instances, some remain a mystery!…