The end of the world seen by Nostradamus 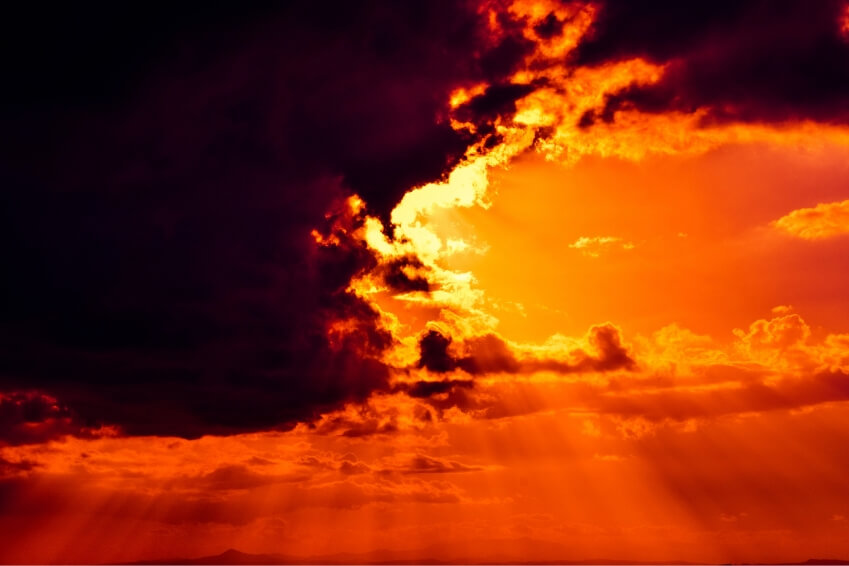 Among all the accounts related to the end of the world proclaimed by several prophets, that of Nostradamus – a mixture of horror and hope – is doubtlessly the most stupendous and accurate of all.

Centuries were written in a symbolic language, which may lead to various interpretations. It would take too long to cite here all the quatrains where the end of the world is alluded to. Below, you will find an explanation.

The Earth will respond to Man’s excesses

One thing is certain: even though Nostradamus’ predictions run until the year 6,000, he foresees the end of world happening in 3797. However, this date does not mark the end of the world per se because humankind will avoid this fateful outcome by leaving years before for another inhabitable planet – according to Nostradamus.

The Earth will show how angry it is. Many traditions view it as a living organism. What ancient Greeks called Gaia (the Earth) will respond to Man’s excesses, which will lead to a series of earthquakes, of hurricanes, of volcanic eruptions and huge tidal waves.

All these consequences will be preceded – or triggered – by a world war and the use of atomic bombs.

A nuclear war striking the Earth

This nuclear war will last twenty-seven years, destroying a large part of the planet and its inhabitants. Survivors will use the technology and their know-how to build space vessels capable of transporting them to other planets.

The technological race will be sped up by the horrendous predictions made by climatologists regarding the climate catastrophes to come. Their calculations and astronomical studies will show that the Earth is bound to be destroyed by the Sun, but only after the Earth has gone off its spinning axis and started drifting into space!

Humans will already have left the planet!

Still according to the Prophet, prior to the disappearance of the Earth, a shower of meteorites will strike. It will be made up of debris from Mercury and Venus since these two will have been crushed after colliding with the Sun way before it crashes into the Earth. But all form of life will have vanished by then – as I told you above – since humans will already inhabit another planet.

And that’s a good thing… Because the terrifying impact the meteorites will have on the planet will cause shock waves triggering earthquakes and tidal waves so powerful that several thousand-feet high waves will crush everything on their paths, leaving a trail of destruction and despair.

Humans will already have colonized other planets and solar systems. They will erect new civilizations and probably become gods in the eyes of the primitive peoples living in some of these new worlds!